One day tour to Nur-Sultan

Tour itinerary: Nur-Sultan
Season: all the year round
Days: 1 | Nights: 0

Discover Nur-Sultan – the renamed capital of Kazakhstan, previously known as Astana, a cultural, economic and political center, one of the major cities of Kazakhstan.

Take one-day Nur-Sultan tour and learn more about the capital - its pros and cons, history, tradition and culture. You will visit each and every sight of Nur-Sultan and miss nothing. Just book the tour right away and lets meet! 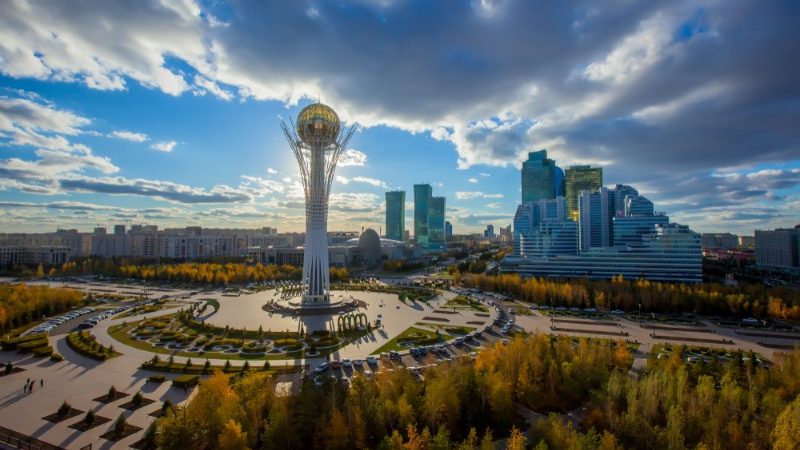 Day 1
Nur - Sultan
09:00 Meet with our guide & driver at your hotel in Nur-Sultan.
The modern capital of Kazakhstan had undergone several renaming. Akmola city renamed for Astana ("Astana" - capital city") and announced as a new capital of Kazakhstan in 1997 under the program of city development  due to fast developing favorable economic conditions.
Later the city was renamed in 2019 after the first President of Kazakhstan  Nur-Sultan Nazarbayev, who brought an incredible contribution to the country flourishing and world recognition and personal involvement into developing the new capital. Shortly after the administrative reforms in 1999 UNESCO titled Astana (now Nur-Sultan) as the City of Peace.
Due to quite harsh and windy weather, Nur-Sultal is usually called as the north capital.
Start sightseeing tour in Nur-Sultan visiting:
- Independence Square - the heart of Nur-Sultan with several impressively beautiful fountains;
- Kazakh Eli 91-m high snow-white stele;

- Central State Museum of the Republic of Kazakhstan;

- Cross Ishim River and continue your tour sightseeing Bayterek Monument and from it, you will be able to spectate a breath-taking panoramic view of the city;

- Walk down Green Water Boulevard and stop by Round Square.

Have lunch at one of the local café.

- Enjoy shopping at the biggest Nur-Sultan mall called Khan Shatyr where one can find various souvenirs.

Transfer to your hotel.

End of the tour.

Book it!
Book it!
- All transfers as per program by comfortable tourist class transport as per road conditions including transfers to-from train stations /borders;

- Single entry tickets to the sites, museums, mausoleums as per program;

- Meals and accommodation in Nur-Sultan (can be added by request);