The seaport on the Caspian Sea and the landing stage on the Ural River (former Gurev) was found as the fishing settlement by fishermen at the mouth of the Ural in 1615. In 1992 it was renamed in Atyrau. In the beginning of the ХХ century Gurev was the remote chief town of uyezd and had the only one industry – fishing.  Then the railway was constructed, and it influenced on city development. The city is located not far from the place of the Ural confluence into the Caspian Sea.
The characteristic feature: the city is located in two parts of the earth: Samara side (right bank of the Ural River) – in Europe, and Bukhara (left bank) – in Asia. The city was found in 1615 by the entrepreneur Mikhail Gurev, who asked the tsar,  Mikhail Fedorovich, the decree on the monopoly of fishing sturgeon at the mouth of the Ural. Gurev promised to build the city fortress to defend against attacks and to supply red 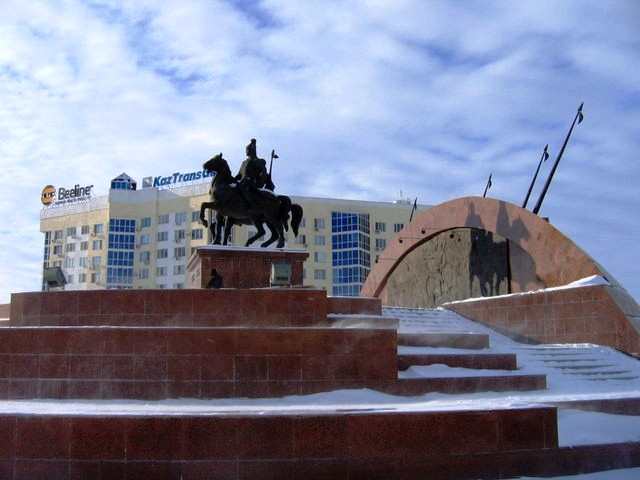