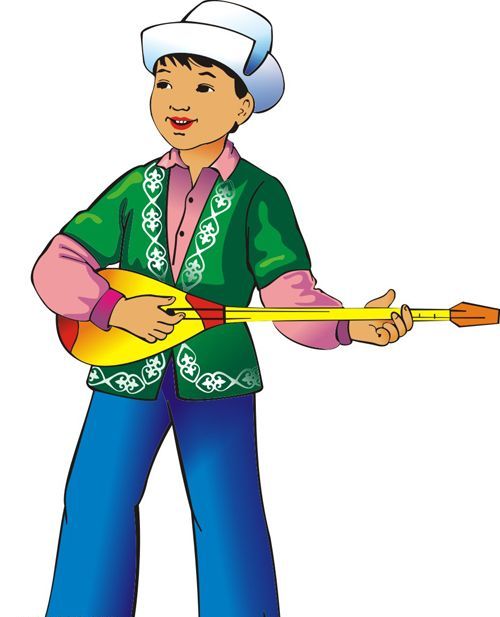 In ancient times two brothers-giants lived in the Altai highlands. The younger brother had dombra, and he loved very much to play it. He forgot about everything in the world when he began to play dombra. The elder brother was proud and vain. Once he wanted to become famous and decided to build a bridge crossing the rapid and cold river. He began to gather stones and build the bridge. And the younger brother continued to play dombra.
So, the days went by. The younger brother did not help the elder one, he just played his favorite instrument. The elder brother became angry; he snatched dombra out of brother's hands and broke it against the rock. The splendid instrument was broken and the music stopped, but on the stone the stamp remained. Many years passed. People found this stamp and began to make new dombras, and the music, which was silent for much time, sounded again.